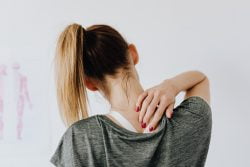 To avoid the risks of COX-2 inhibitors, our pharmacy can compound topically applied NSAIDs such as ibuprofen and ketoprofen. Topical NSAIDs have a safety profile which is superior to oral formulations. Topical NSAID administration offers the advantage of local, enhanced delivery to painful sites with a reduced incidence of systemic adverse effects.

Topical preparations can be customized to contain a combination of medications to meet the specific needs of each patient.

This study concluded that topical NSAIDs, when used for treatment of pain resulting from strains, sprains or sports or overuse-type injuries, can provide good levels of pain relief without the systemic adverse events associated with oral NSAIDs.

“Topical non-steroidal anti-inflammatory drugs have a lower incidence of gastrointestinal adverse effects than the same drugs when they are taken orally. The low incidence of systemic adverse effects for topical NSAIDs probably results from the much lower plasma concentration from similar doses applied topically to those administered orally. Topical application of ibuprofen resulted in measurable tissue concentrations in deep tissue compartments, more than enough to inhibit inflammatory enzymes.” BMJ. 1995 Jul 1;311(6996):22-6

Free full text article available at bmj.com. This study concludes that topical NSAIDs have not been associated with renal failure. QJM. 1995 Aug;88(8):551-

Percutaneous absorption of ketoprofen from different anatomical sites in man.

Sever disease is the most common cause of heel pain in pre-pubertal children. This inflammatory condition is a result of minor repetitive trauma and typically occurs during a growth spurt or at the beginning of a new sport season. A case report described the use of topical ketoprofen 10% gel to relieve pain and inflammation. Phys Ther. 2006 Mar;86(3):424-33

Ketoprofen gel as an adjunct to physical therapist management of a child with Sever disease.