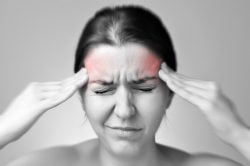 To relieve migraine sufferers from pain and reduce the occurrence of migraines, it is important for a clinician to be aware of the four phases and pathophysiology of migraines, drug classes commonly used, various therapeutic approaches and treatment options.

Migraine: A General Approach to Prevention and Treatment.

Migraine is associated with a wide-spread metabolic abnormality of mitochondrial oxidative metabolism, leading to the use of riboflavin and coenzyme Q10 as prophylactic therapy for migraine. Riboflavin has the potential of increasing mitochondrial energy efficiency, and riboflavin 400 mg daily was found to be effective for migraine prophylaxis, with decreased attack frequency, fewer headache days, and reduced severity of migraine. Riboflavin 400 mg can be compounded in an extended-release dosage form. Headache. 2012 Oct;52 Suppl 2:81-7.

Role of magnesium, coenzyme Q10, riboflavin, and vitamin B12 in migraine prophylaxis.

High-dose riboflavin as a prophylactic treatment of migraine: results of an open pilot study.

The goal of acute therapy is to abort or reduce the pain and other symptoms associated with the migraine while minimizing adverse drug effects and ultimately restoring the patient’s ability to function normally. For the acute management of migraine without aura, a double-blind, placebo-controlled trial demonstrated that in 83% of patients, a single dose of sublingual piroxicam 40 mg provided significant analgesic effect within 15 minutes of ingestion, and a further reduction in pain in the 24 hours after drug administration, with excellent tolerability.

Sublingual piroxicam in migraine without aura.

Case Report: A 40 year old woman with history of hysterectomy at age 28 and recurrent migraines refractory to treatment with multiple triptans and ergotamine/caffeine suppositories was prescribed a compounded therapy of ketoprofen 12.5mg/riboflavin 100 mg/caffeine citrate 65mg capsules, with directions to take 2 capsules at onset of migraine then two capsules every 4 hours as needed. After 3 weeks, she reported that on four occasions, her migraine was relieved with only the onset dose, and on one other occasion, she required a follow-up dose. She then added progesterone cream (applied twice daily) and three months later reported that she had only two migraines in the three month period, and both were relieved with the Ketoprofen/Riboflavin/Caffeine Capsules.
Int J Pharm Compd. 2007 May-June;11(3):200.

Efficacy of a fixed combination of indomethacin, prochlorperazine, and caffeine versus sumatriptan in acute treatment of multiple migraine attacks: a multicenter, randomized, crossover trial.

The following article concludes: Oral therapy with a combination of LAS (equivalent to 900 mg ASA) and metoclopramide 10 mg was superior to placebo with therapeutic gains of 30% and 31% for the first treated attack, and was comparable to 100 mg sumatriptan.

The effectiveness of combined oral lysine acetylsalicylate and metoclopramide (Migpriv) in the treatment of migraine attacks. Comparison with placebo and oral sumatriptan.