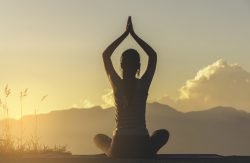 Topical Estradiol and Testosterone for Vestibulodynia

Vestibulodynia, also known as provoked localized vulvodynia and formerly termed the “vulvar vestibulitis syndrome,” is characterized by a severe, burning/sharp pain that occurs in response to pressure localized to the vulvar vestibule. Painful intercourse (dyspareunia) as well as pain with tampon insertion are hallmarks of this condition. Although there are likely multiple causes of vestibular pain, the relationship to combined hormonal contraceptive (CHC) use is becoming increasingly recognized. Because CHCs inhibit luteinizing hormone, there is a decreased ovarian production of testosterone. In addition, both the synthetic estrogen and synthetic progestin component of CHCs, which are metabolized in the liver, leads to increased hepatic production of sex hormone binding globulin (SHBG).

Results demonstrated that women with vestibulodynia who had no other identifiable cause of their pain that began while taking combined hormonal contraceptives achieved a positive treatment outcome by discontinuing the CHCs combined with the application of a compounded topical hormone therapy containing estradiol and testosterone. Furthermore, subjective improvement was accompanied by normalization of calculated free testosterone and SHBG values.

The Treatment of Vestibulodynia with Topical Estradiol and Testosterone

Comparison of intranasal and transdermal estradiol on nasal mucosa in postmenopausal women.

A systematic review of the effects of estrogens for symptoms suggestive of overactive bladder.

Estrogen therapy may be effective in alleviating the symptoms suggestive of OAB. Local administration may be the most beneficial route of administration.

A systematic review of the effects of estrogens for symptoms suggestive of overactive bladder.

At the Evanston Continence Center, Northwestern University, a retrospective chart review of 25 women diagnosed with detrusor instability and treated with oxybutynin rectal suppositories was conducted to determine whether oxybutynin hydrochloride suppositories can be used as a treatment for detrusor instability in patients who have not been able to tolerate oral pharmacological agents. Patients were started on one suppository, containing 5 mg oxybutynin, twice daily and the dose was titrated as tolerated. The range of the total daily dose was 5-20 mg. Nine of 25 women (36%) had greater than a 50% overall subjective improvement and 3 (12%) had some improvement. Seven of the 12 responders (58%) continued to use the suppositories for a prolonged period of time (> 90 days). The most common side effects reported were dry mouth 48% and constipation 14.3%. One patient with polymyositis developed a serious anticholinergic reaction which required hospitalization. It was concluded that patients who are unable to tolerate oral anticholinergic and antispasmodic agents for the treatment of detrusor instability may benefit from oxybutynin rectal suppositories.

Progesterone Cream: Effects and Side-effects on Skin of Peri- and Postmenopausal Women

This study demonstrates that topical 2% progesterone increases elasticity and firmness in the skin of peri- and postmenopausal women. These effects in combination with good tolerability make progesterone a possible treatment agent for slowing down the aging process of female skin after the onset of menopause.

Topical amitriptyline cream can be considered for first-line treatment of women with provoked vestibulodynia that causes painful intercourse. One study reported a response rate of 56%. Topical therapy can reduce side effects such as drowsiness associated with oral administration. J Low Genit Tract Dis. 2012 Oct;16(4):394-7. doi: 10.1097/LGT.0b013e3182449bd6.

Use of amitriptyline cream in the management of entry dyspareunia due to provoked vestibulodynia.

In 2002 and again in 2006, the National Institutes of Health characterized vulvodynia (defined as chronic, unexplained vulvar pain or discomfort, characterized by burning, stinging, irritation, or rawness) as a poorly understood and underresearched focal pain syndrome for which optimal treatment remained unclear. Nearly 14 million U.S. women may at some point in their lives experience the symptoms of chronic vulvar burning and pain, and a localized form of vulvodynia involving the vulvar vestibule is thought to be the leading cause of dyspareunia in premenopausal women. Treatment recommendations range from topical therapies to oral medications, physical therapy and biofeedback, and surgical excision, although the latter is reserved for women with localized pain only. Although many of these modalities demonstrate efficacy, many are also associated with adverse effects, require numerous visits to physicians, or are invasive.

A 47% complete response to oral tricyclic antidepressants for the treatment of vulvodynia (both generalized and localized) was reported in 33 women attending a vulvar pain clinic. Amitriptyline is often used as a first line agent, started at an oral dose of 5 mg to 25 mg nightly and increased by 10 to 25 mg weekly, generally not to exceed 150 mg daily.

Gabapentin appears to be very effective in the treatment of unprovoked generalized vulvodynia, and has a very low side effect profile. To evaluate the clinical efficacy and tolerability of topical gabapentin in the treatment of women with vulvodynia, between January 2001 and December 2006, fifty-one women with vulvodynia were treated with 2% to 6% gabapentin prepared by local compounding pharmacists. Patients were instructed to apply a small amount of cream (approximately 0.5 mL, equivalent to the size of a pea) three times daily. After a minimum of 8 weeks of therapy, the mean pain score among the 35 evaluable women was significantly reduced. Sexual function improved. Common adverse effects of oral gabapentin, including dizziness, somnolence, and peripheral edema, were not reported by any of the 50 patients studied. The conclusion: “Topical gabapentin seems to be well-tolerated and associated with significant pain relief in women with vulvodynia.”
Call our compounding professionals to discuss individualized treatments and non-irritating topical preparations.

Evaluation of gabapentin in the treatment of generalized vulvodynia, unprovoked.

Topical gabapentin in the treatment of localized and generalized vulvodynia.

Patients with diabetes mellitus (DM) are at increased risk of vulvovaginal candidiasis (VVC) due toCandida glabrata. Observational studies indicate that diabetic patients with C. glabrata VVC respond poorly to azole drugs. Women with DM and VVC showed an overall superior mycological cure rate (74% versus 51%) at day 15 with boric acid suppositories given daily for 14 days as compared to fluconazole as a single oral dose of 150 mg.

A study done at New York Hospital-Cornell University Medical Center reported the “ineffectiveness of conventional antifungal agents appeared to be the main reason for chronic mycotic infections. In contrast, boric acid was effective in curing 98% of the patients who had previously failed to respond to the most commonly used antifungal agents and was clearly indicated as the treatment of choice for prophylaxis.” “A double-blind comparison was made of the use of 14 daily intravaginal gelatin capsules containing 600 mg of boric acid powder versus the use of identical capsules containing 100,000 U nystatin… for the treatment of VVC… Cure rates for boric acid were 92% at 7 to 10 days after treatment and 72% at 30 days, whereas the nystatin cure rates were 64% at 7 to 10 days and 50% at 30 days.” Torulopsis glabrata is second only to Candida albicans in frequency of isolation from the vagina in both asymptomatic women and those with yeast vaginitis. In sixty patients with T. glabratavaginitis, for whom repeated courses of antimycotic therapy with azoles had previously failed, boric acid emerged as a promising modality.” Another study concluded “in non-Candida albicans infections, boric acid suppositories achieved the best mycologic cure rate (85%).”

Prevalence of Candida glabrata and its response to boric acid vaginal suppositories in comparison with oral fluconazole in patients with diabetes and vulvovaginal candidiasis.

More than 60% of women complain of hot flashes during menopause. The etiology of hot flashes is related to low estrogen levels. However, estrogen therapy cannot be used in some patients and it is rejected by others. Isoflavones, present in soy extracts, have demonstrated efficacy in diminishing vasomotor symptoms without serious contraindications or side-effects. Primrose oil and vitamin E have documented antioxidant properties and from a practical point of view, a combination of these substances with isoflavones seems desirable.

An open, multicenter, randomized, efficacy and safety trial evaluated the effect of a compound containing isoflavones 60 mg, primrose oil 440 mg and vitamin E 10 mg on menopausal complaints in a total of 1,080 postmenopausal women with climacteric symptoms. A significant reduction in symptom scores was observed and was more intense in the first 3 months. Increasing doses of the preparation add no beneficial effects.

J Obstet Gynaecol. 2006 May;26(4):344-7
Effect of a compound containing isoflavones, primrose oil and vitamin E in two different doses on climacteric symptoms.
Click here to access the PubMed abstract of this article.
Breastfeeding

Oxytocin nasal spray can be compounded to help women who have problems with milk letdown. Lactation failure may result from insufficient oxytocin. A rise in the concentration of oxytocin causes contraction of cells around the alveoli and milk ducts, in preparation for suckling. Oxytocin nasal solution (Syntocinon®) was formerly commercially available, and indicated for use in stimulating lactation during the first week postpartum (not for continued use). Oxytocin nasal spray is contraindicated during pregnancy since it may provoke a uterotonic effect, precipitating contractions and abortion. The medication is still frequently requested and can be compounded per a prescription order.

“All purpose nipple ointment” (APNO) is a combination of ingredients which seems to relieve many causes of sore nipples during breastfeeding. The presence of Candida albicans can cause nipple soreness and cracking, and cracks and erosions in the nipple harbour bacteria that can cause infection or delay healing, and can cause significant pain. APNO was originally developed by pediatrician Jack Newman, MD, who started the first hospital-based breastfeeding clinic in Canada in 1984. He noted, “It is always good, however, to try to assure the best latch possible, because improving the latch helps with any cause of pain.” Ointments often work better than creams to treat sore nipples, and Dr. Newman recommended a preparation containing mupirocin 2% ointment 15 grams, betamethasone 0.1% ointment 15 grams, with miconazole powder added so that the final concentration is 2% miconazole. Dr. Newman suggested that sometimes it is helpful to add ibuprofen powder as well, so that the final concentration of ibuprofen is 2%. The combination is applied sparingly after each feeding.

Topical application of tretinoin (retinoic acid) has been shown to significantly improve the appearance of pregnancy-related stretch marks. In a double-blind, randomized, vehicle-controlled study, 22 women with early, clinically active stretch marks applied either 0.1% tretinoin or vehicle daily for 6 months to the affected areas. Patients were evaluated by physical exam monthly and by analysis of biopsy specimens of stretch marks obtained before and at the end of therapy in comparison with untreated normal skin. After 2 months, patients treated with tretinoin had significant improvements in severity scores of stretch marks compared with patients who received vehicle. After 6 months, 8 of the 10 tretinoin-treated patients had definite or marked improvement compared with one of the 12 vehicle-treated patients. An open-label, multicenter, prospective study of 20 women found that tretinoin cream 0.1% applied daily for 3 months to pregnancy-related stretch marks in the abdominal area resulted in significantly improved clinical appearance.

Another study reported that elastin content within the reticular and papillary dermis can increase with topical 20% glycolic acid combined with 0.05% tretinoin emollient cream therapy.

This therapy should not be used while pregnant or breastfeeding.