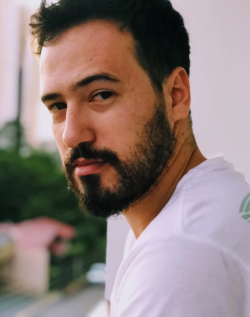 Symptomatic androgen deficiency is common in patients taking opioid analgesics, as opioids potently suppress the hypothalamic-pituitary-gonadal axis. However, the efficacy of testosterone replacement in this setting has been unclear. The objective of research by a team from Brigham and Women’s Hospital, Harvard Medical School, Boston University School of Public Health, Boston University School of Medicine, and University of Pittsburgh School of Medicine was to evaluate the efficacy of testosterone replacement on pain perception and other androgen-dependent outcomes in men with opioid-induced androgen deficiency. It was found that men with opioid-induced androgen deficiency, testosterone administration improved pain sensitivity, sexual desire, body composition, and aspects of quality of life.Pain. 2015 Feb;156(2):280-8.

Soisson et al. of the Center for Research in Epidemiology and Population Health, Hormones and Cardiovascular Disease Team, University of Paris-Sud (France), concluded that “Optimal range of plasma testosterone may confer cardiovascular protection and these results may have clinical implications in the management of testosterone deficiency.”

A J-shaped association between plasma testosterone and risk of ischemic arterial event in elderly men: the French 3C cohort study.

Testosterone: The Key to Male Vitality?

Kaplan and Hu of the Department of Urology, David Geffen School of Medicine at UCLA, note that “up to 25% of older men experience hypogonadism [low testosterone levels]. Prevalence is higher in men with comorbid disease and increases with age starting in the fourth decade. Hypogonadal men have lower muscle mass, bone mineral density, and hemoglobin, and are in poorer general health. During the past decade, there has been increasing awareness of the health benefits conferred by testosterone replacement therapy (TRT). TRT for hypogonadism increases muscle mass and bone mineral density, decreases fat mass, and improves mood, libido, and sexual performance. Despite these benefits, there is an historical fear that administration of exogenous testosterone may increase the risk of developing prostate cancer or an aggressive form of the disease.

Use of Testosterone Replacement Therapy in the United States and Its Effect on Subsequent Prostate Cancer Outcomes.

Observations in humans, animals, and PCa cell lines have led to the Saturation Model, ie, that “androgens have a finite, limited ability to stimulate prostate tissue, malignant or benign. This refinement is simple yet profound. Yes, prostate tissue requires androgens for optimal growth. However, it can only use a relatively small amount, beyond which additional androgen is merely excess. The saturation point is well below physiologic concentrations, which explains why manipulation of serum T into or out of the castrate range produces large changes in prostate biology, whereas normal prostate and PCa appear completely indifferent to variations in serum T from the near-physiologic to supraphysiologic range.”

Muller et al. of Department of Surgery, Duke University School of Medicine found that “baseline serum testosterone and DHT levels were unrelated to PCa detection or grade. Our findings of the lowest testosterone levels being associated with the lowest PCa risk with no further changes with higher testosterone support a saturation model but must be confirmed in future studies…” After the exclusion criteria were applied, their study consisted of 149,354 men with prostate cancer.

In this case study anastrozole was used to restore fertility in a 29-year-old obese man who presented with a low sperm count in the setting of morbid obesity. Roth et al report “Treatment with an aromatase inhibitor, anastrozole, led to normalisation of the patient’s testosterone, luteinising hormone and follicle-stimulating hormone levels, suppression of serum estradiol levels, and to normalisation of spermatogenesis and fertility.” Nat Clin Pract Endocrinol Metab. 2008 Jul;4(7):415-9.

Testosterone Replacement Therapy for Men and Treatment of Depression

Testosterone replacement therapy (TRT) may be efficacious treatment for subthreshold depression in older men with hypogonadism.

Dysthymia is a chronic type of depression in which a person’s moods are regularly low. Testosterone replacement may be an effective antidepressant strategy for late-onset male dysthymia.

The benefits and risks of testosterone replacement therapy: a review.

Low free testosterone concentration as a potentially treatable cause of depressive symptoms in older men.

A population-based cohort study followed 1954 men aged 20 to 89 years for an average of 7.2 years, and has demonstrated a link between low levels of testosterone and increased risk for mortality in adult men of all ages.

Risks versus benefits of testosterone therapy in elderly men.

The findings below suggest that low levels of testosterone and SHBG play some role in the development of insulin resistance and subsequent type 2 diabetes. Diabetes Care 2000 Apr;23(4):490-4

The hypogonadal-obesity cycle: role of aromatase in modulating the testosterone-estradiol shunt-a major factor in the genesis of morbid obesity.

The following results suggest that until the age of 60 years, the mean serum level of DHEAS is lower in patients with ED than in healthy volunteers. Urology 2000 May;55(5):755-8

Sublingual sildenafil in the treatment of erectile dysfunction: faster onset of action with lower dose

Forty consecutive patients with erectile dysfunction (mean age was 55 years) for more than three months were included in this study. Sixty-five percent of patients (13/20) who received sublingual sildenafil achieved satisfying erections and coitus, whereas the rate was 15% in the placebo group (3/20). The mean onset of action with sublingual sildenafil was 15.5 minutes and lasted for an average of 40 minutes. Minimal headaches, sweating and flushing were noted as the side-effects. The conclusion: “20 mg sublingual sildenafil is safe and effective in the treatment of erectile dysfunction. Sublingual administration has some advantages as it is not effected by food ingestion and quickly appears in the circulation. These advantages provide a faster onset of action with a lower dose when compared to oral sildenafil. Sublingual use of sildenafil may be more cost-effective and possibly provides a more predictable onset of action.”
Int J Urol. 2004 Nov;11(11):989-92

Sublingual sildenafil in the treatment of erectile dysfunction: faster onset of action with less dose.

The International Journal of Pharmaceutical Compounding [March/April 2007;11(2):121] reported a formula for Sildenafil 20mg Troches (flavored) with a recommended beyond-use date of 180 days.