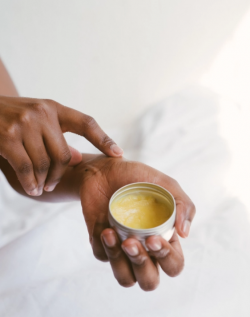 Sun Protection And Photoaging And Wrinkles

Photoaging is premature aging of the skin caused by repeated exposure to ultraviolet radiation (UV) primarily from the sun, but also from artificial UV sources. “Photo” is derived the Greek word “phos” which means “light”. So, aging of the skin caused by light. Photoaging is different from chronologic aging, as the damaging effects of UV rays from the sun (or artificial tanning sources) alter the normal structures of the skin.

Ultraviolet (UV) radiation is the main etiologic factor for skin cancer. The endogenous hormone melatonin has been proposed to have protective effects against sunlight and topically-applied melatonin has a protective effect against UV-induced erythema. Four human studies and 16 experimental studies evaluated melatonin’s protective effect against UVR-induced damage to cellular structures and pathways. Melatonin acts directly as an antioxidant, and indirectly by regulating gene expression and inducing a DNA stabilizing effect. The destructive effects of the UVR are significantly counteracted or modulated by melatonin in the context of a complex intracutaneous melatoninergic anti-oxidative system with UVR-enhanced or UVR-independent melatonin metabolites. Therefore, endogenous intracutaneous melatonin production, together with topically-applied exogenous melatonin or metabolites would be expected to represent one of the most potent anti-oxidative defense systems against the UV-induced damage to the skin. Treatment of the skin with melatonin 15 minutes before UV irradiation proved to almost completely suppress the development of an UV-induced erythema. In contrast, no significant protective effects of melatonin were observed when it was applied after UV irradiation. Free radical scavenging of UV-generated hydroxyl radicals and interference with the arachidonic acid metabolism are possible mechanisms of the melatonin action.

Local melatoninergic system as the protector of skin integrity.

Suppression of UV-induced erythema by topical treatment with melatonin (N-acetyl-5-methoxytryptamine). Influence of the application time point.

A blind, randomized, placebo-controlled study evaluated formulations containing adenosine to reduce periorbital lines (“crow’s feet”) and glabellar frown lines (wrinkles that appear between the eyebrows). Improvements were evidenced after 3 weeks of product application and were steadily confirmed after 2 months, despite severe climatic conditions and independently of the analysis technique that was used with the FOITS data. Adenosine-containing cream also significantly improved glabellar frowns. This study demonstrates the potential beneficial effects of adenosine-containing products on crow’s feet and glabellar facial wrinkles.

Topically applied antioxidants exert their benefits by offering protection from damaging free radicals produced when skin is exposed to ultraviolet light or allowed to age naturally. Appropriate formulation and use which is supervised by a knowledgeable healthcare professional will maximize the benefits while minimizing any potential side effects of these therapies.

Coenzyme Q10 (ubiquinone, CoQ10) is an important antioxidant that is taken to strengthen immune and cardiac function. The processes of aging and photoaging of the skin (due to sunlight) are associated with an increase in cellular oxidation, which may occur as the body’s own levels of CoQ10 decline. A reduction in wrinkle depth was shown following topical application of CoQ10 0.3%, and results indicated that CoQ10 has the efficacy to prevent many of the detrimental effects of photoaging. Wrinkles around the region of the eyes (“crow’s feet”) may be reduced by long-term application of CoQ10.

Vitamin C has been incorporated into a variety of cosmeceuticals designed to protect and rejuvenate photoaged skin. Ascorbyl Palmitate (Vitamin C Ester) is a lipid soluble, neutral pH, non-acidic (thus, non-irritating and non-stinging) form of Vitamin C which can reach cells within the skin rapidly in amounts greater than can be achieved by water soluble Vitamin C (L-Ascorbic Acid).

Topical vitamin C: a useful agent for treating photoaging and other dermatologic conditions.

Alpha Lipoic Acid (ALA) is a powerful antioxidant and scavenger with anti-inflammatory properties that promotes optimum efficiency for production of energy and removal of intracellular waste products, essential for cellular healing and elimination of wrinkles and facial scars. Twelve weeks of treatment with a cream containing 5% ALA improves clinical characteristics related to photoaging of facial skin.

Effects of topical estradiol on the facial skin collagen of postmenopausal women under oral hormone therapy: a pilot study.

Topical 2% progesterone increases elasticity and firmness in the skin of peri- and postmenopausal women.

DMAE (2-dimethylaminoethanol, deanol), when applied topically to the skin, may improve the appearance of sagging skin, boost the effects of other antioxidants, increase smoothness, reduce fine lines and give facial muscles a leaner look. In a randomized clinical study, 3% DMAE facial gel applied daily for 16 weeks has been shown to be safe and efficacious in the mitigation of forehead lines and periorbital fine wrinkles, and in improving lip shape and fullness and the overall appearance of aging skin.

The role of dimethylaminoethanol in cosmetic dermatology.

Antioxidants such as vitamins E and C, coenzyme Q10, alpha-lipoic acid, glutathione, and others can reduce signs of aging.

Alpha-lipoic acid (ALA) 0.5% and proanthocyanidin (PA) 0.3% administered transdermally in a cosmetic formulation supplemented with 2% benzyl alcohol as a penetration enhancer, significantly enhanced collagen synthesis and deposition.

Transdermal delivery of amino acids and antioxidants enhance collagen synthesis: in vivo and in vitro studies.

Topical Application of Phytonadione, Retinol and Vitamins C and E to Reduce Infraorbital Dark Circles and Wrinkles of the Lower Eyelids

Infraorbital dark circles and wrinkles of the lower eyelids are cosmetic problems that worsen with age. Fifty-seven healthy adult volunteers with dark under-eye circles and wrinkles were enrolled in an open label study to determine whether a gel containing 2% phytonadione, 0.1% retinol and 0.1% vitamins C and E is effective in reducing dark under-eye circles and wrinkles of the lower eyelids. The gel formulation was applied twice daily to the lower eyelid site for 8 weeks. Hemostasis, pigmentation and wrinkles were evaluated by a physician and by the patients after 4 and 8 weeks of treatment. Topical application of the gel decreased not only hemostasis but also wrinkles after 8 weeks of treatment. Of 57 patients, 27 (47%) had reductions in hemostasis. However, pigmentation was not clearly removed by this gel.

The effects of topical application of phytonadione, retinol and vitamins C and E on infraorbital dark circles and wrinkles of the lower eyelids.

Protection and Reversal of Photodamage with Topical Antioxidants

Topical vitamins C and E, as well as topical selenium, protect skin against sunburn, suntan and skin cancer and also reverse the mottled pigmentation and wrinkles of photoaging. However, only certain forms of these antioxidants are stable and active after percutaneous absorption. Benefits of topical application are that the skin attains far higher levels of each antioxidant than can be achieved by taking these vitamins orally and topical application arms the skin with a reservoir of antioxidants that cannot be washed or rubbed off, protecting the skin for several days after application.

Photodamage of the skin: protection and reversal with topical antioxidants.

Pharmacologic doses of nicotinamide in the treatment of inflammatory skin conditions: a review.

Nicotinic acid/niacinamide and the skin.

Niacinamide can be combined with other active ingredients such as DMAE, sodium hyaluronate, benzoyl peroxide, or metronidazole in a customized medication that can be used as anti-wrinkle or anti-aging therapy or to treat acne or rosacea

Declining estrogen levels are associated with a variety of cutaneous changes, many of which can be reversed or improved by topical or systemic estrogen supplementation. Studies of postmenopausal women indicate that estrogen deprivation is associated with declining dermal collagen content, diminished elasticity and skin strength, loss of moisture in the skin, epidermal thinning, atrophy, fine wrinkling, and impaired wound healing. Keratinocytes, Langerhans’ cells, melanocytes, sebaceous glands, collagen content and the synthesis of hyaluronic acid are under hormonal influence. Estrogen may attenuate inflammation in psoriatic lesions. Alone or together with progesterone, estrogen prevents or reverses skin atrophy, dryness and wrinkles associated with chronological or photo-aging. Estrogen and progesterone stimulate proliferation of keratinocytes while estrogen suppresses apoptosis and thus prevents epidermal atrophy. Estrogen maintains skin moisture by increasing acid mucopolysaccharide or hyaluronic acid levels in the dermis, and accelerates cutaneous wound healing.

Low estrogen levels that accompany menopause exacerbate the deleterious effects of both intrinsic and environmental aging. Estrogens clearly have a key role in skin aging homeostasis as evidenced by the accelerated decline in skin appearance seen in the perimenopausal years.

At Yale University School of Medicine, the effects of long-term hormone replacement therapy (HRT) on skin rigidity and wrinkling at 11 facial locations was assessed using the Lemperle scale by a plastic surgeon who was blinded to HRT use. Skin rigidity at the cheek and forehead was measured with a durometer. Demographics including age, race, sun exposure, sunscreen use, tobacco use, and skin type were similar. Rigidity was significantly decreased in HRT users compared to nonusers at both the cheek and forehead. Average wrinkle scores were lower in hormone users than in nonhormone users. The study concluded that long-term postmenopausal HRT users have more elastic skin and less severe wrinkling than women who never used HRT, suggesting that hormone therapy may have cosmetic benefits.

In another study, the dermal collagen of 15 postmenopausal women who had received systemic estrogen replacement was analyzed before and after using a topical 0.01% estrogen treatment. Epithelial and dermal thickness improved after topical estrogen therapy. Facial skin collagen significantly increased after 16 weeks of treatment. Systemic estrogen levels did not significantly increase after topical therapy.

Biology of estrogens in skin: implications for skin aging.

Estrogen and skin: the effects of estrogen, menopause, and hormone replacement therapy on the skin.

Long-term effects of hormone therapy on skin rigidity and wrinkles.

Estrogen and skin. An overview.

Regulatory roles of sex hormones in cutaneous biology and immunology.

In the following study, the effects of topical 0.01% estradiol and 0.3% estriol compounds were measured in preclimacteric women with skin aging symptoms. After treatment for 6 months, elasticity and firmness of the skin had markedly improved; wrinkle depth and pore sizes had decreased by 61 to 100%; skin moisture had increased; and wrinkle depth decreased significantly.

A low-dose, topical gel form of diclofenac sodium has been developed in Europe for pain relief and reduction of redness after sunburn.

The efficacy and safety of low-dose diclofenac sodium 0.1% gel for the symptomatic relief of pain and erythema associated with superficial natural sunburn. 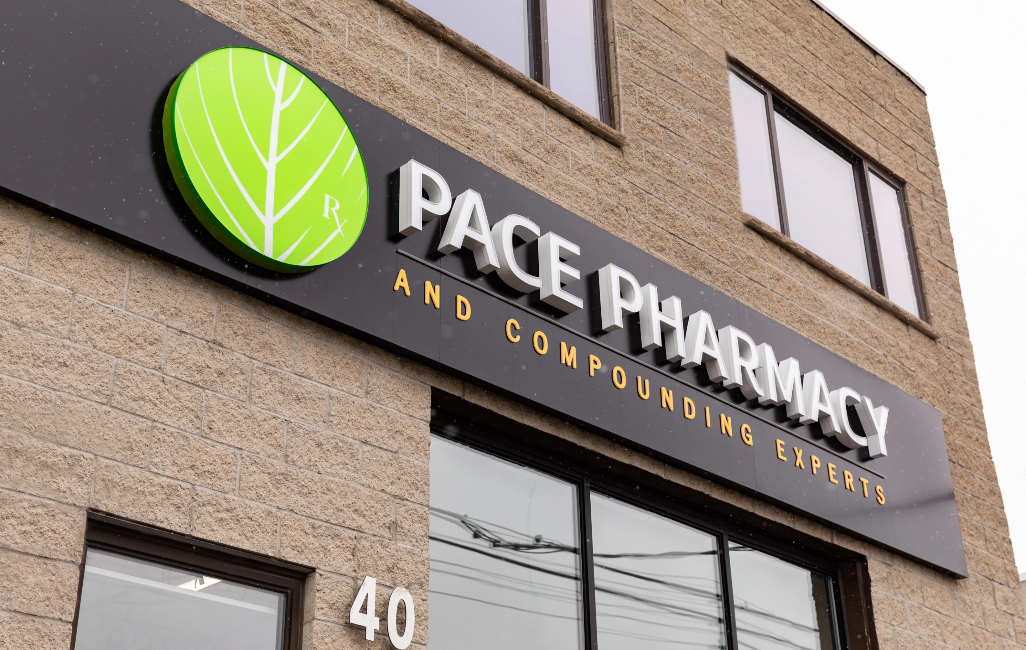